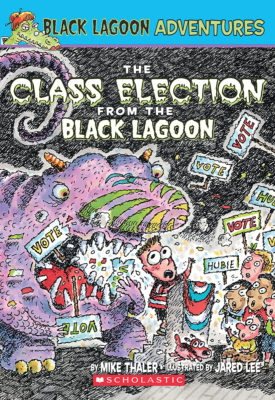 Hubie is running for president against Doris. But he doesn't think he stands a chance against the free ice cream that she's giving away to voters. Plus, to stay in the race he has to do crazy stuff like shaking Coach Kong's paw and Mrs. Green's claw, and kissing a bunch of babies. Hubie's chances look slim. Will being the candidate who stands for something---not just who stands on top of something--be enough to win him the race in the end?
Jared Lee