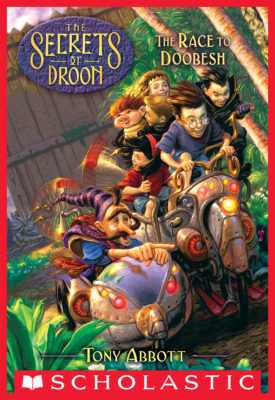 The Race to Doobesh (The Secrets of Droon #24)

Ko's beasts have taken over Doobesh, a dangerous city full of thieves and pirates. Now they're hard at work at the magical forge in the nearby Dark Lands, creating powerful armor that will make them unstoppable. That is, unless Eric and his friends destroy the armor first. The race is on! Can the kids beat the beasts, flatten the forge, and dash out of the Dark Lands in time? On your mark . . . get set . . . GO!