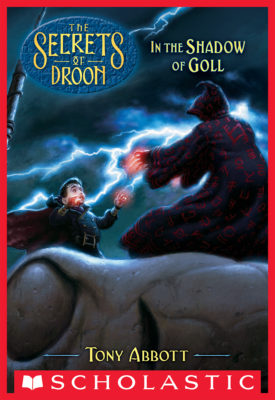 In the Shadow of Goll (The Secrets of Droon #28)

It's a dangerous time in Droon. A mysterious ancient sorcerer has arrived, waking the infamous Warriors of the Skorth and wreaking havoc. He seems to be an expert in the most evil, long-ago magic, and leads Eric and his friends on a treacherous journey to the Dark Lands.

But what awaits them there? And what is the mysterious sorcerer really after? Eric hopes that it's not too late to find out -- and stop him.