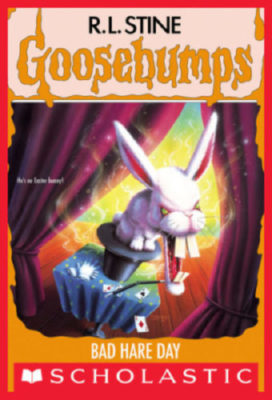 But then Tim goes to see Amaz-O's show. And he finds out his idol is really just a total grump. That's when Tim decides to steal the bag of tricks. Amaz-O's bag of secret tricks. Scary tricks.

And all those hissing snakes...