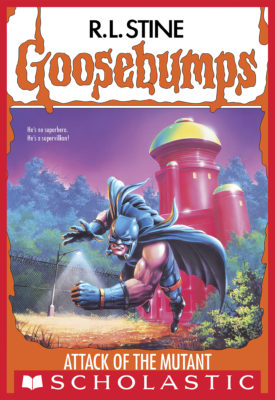 Attack of the Mutant (Goosebumps #25)

Realizing that he has become lost in a strange part of town, Skipper Matthews, a ravenous comic book collector who's favorite character is an evil super-villain, discovers a building just like the secret headquarters of his idol.