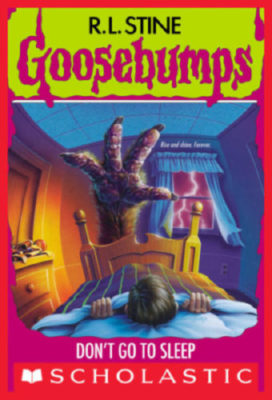 Matt hates his tiny bedroom. It's so small, its practically a closet! Still, Matt's mom refuses to let him sleep in the guest room. After all, they might have guests. Some day. Or year.

Then Matt does it. Late one night. When everyone's in bed. He sneaks into the guest room and falls asleep.

Poor Matt. He should have listened to his mom. Because when Matt wakes up, his whole life has changed. For the worse. And every time he falls asleep, he wakes up in a new nightmare...