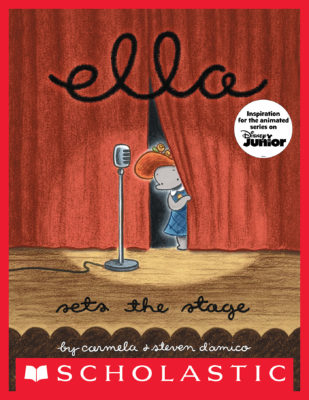 The school on Elephant Island is holding a talent show, and all the children are excited -- all the children, that is, except for Ella. Belinda's going to do ballet, Tiki's planned a magic act, but Ella doesn't have a single idea. She can't sing, dance, or play an instrument -- doesn't Ella have any talent at all?

Then comes the night of the big show, and Ella discovers her own special talent that shines very bright -- even when she's not in the limelight. Carmela and Steve D'Amico put friendship center stage in this third charming adventure with Ella the Elephant, now the inspiration for an animated series on Disney Junior.
Carmela D'Amico