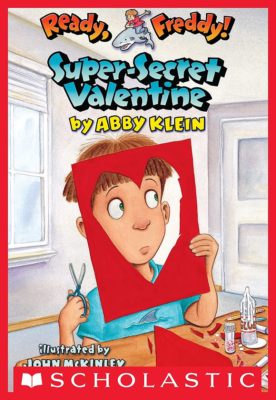 With more than one million copies in print, READY, FREDDY! has been a huge success in Scholastic's Book Clubs.It's Valentine's Day, and Freddy wants to make a special card just for his friend Jessie. But Freddy is afraid the other children in his first grade class will laugh at him. How can he keep it a secret? Join Freddy as he tries to cut and paste his way to Jessie's heart.With content, humor, characters, and vocabulary that are perfect for the chapter-book reader--it's time to get ready for Freddy!