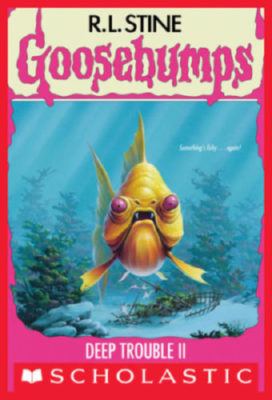 Billy Deep and his sister Sheena are spending another summer in the Caribbean on their uncle's totally cool floating lab. The weather is beautiful. And there are lots of neat places to go swimming and snorkeling.

Billy and Sheena are great swimmers. But even great swimmers get into trouble -- especially this year. This year there's something really scary going on under the sea. The fish all seem to be growing. Bigger and bigger. Into monster-sized sea creatures. With monster-sized appetites...