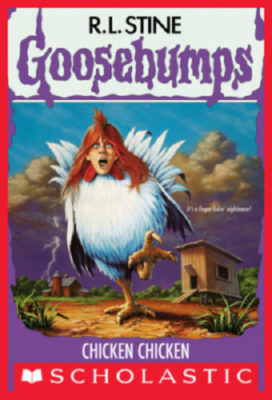 Everyone in Goshen Falls knows about weird Vanessa. She dresses all in black. Wears black lipstick. And puts spells on people. At least, that's what they say.

Crystal and her brother, Cole, know they can't believe everything you hear. But that was before they made Vanessa mad. Before she whispered that strange warning, "Chicken chicken."

Because now something really weird has happened. Crystal's lips have turned as hard a bird's beak. And Cole has started growing ugle white feathers all over his body...