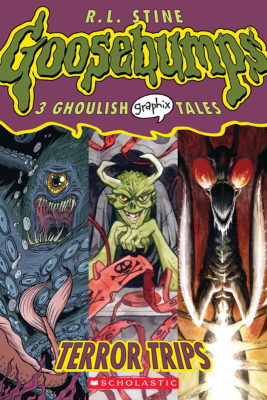 JILL THOMPSON, the award-winning creator of The Scary Godmother series, brings her quirky humor and madcap illustrations to "One Day at Horrorland," where a family lost in an amusement park finds the rides a little too creepy, a little too real!

JAMIE TOLAGSON, artist on The Crow, The Dreaming, and the Books of Magic series, turns up the juice in "A Shocker on Shock Street,"
Jill Thompson