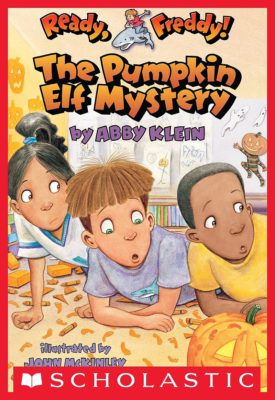 With more than one million copies in print, READY, FREDDY! has been a huge success in Scholastic's Book Clubs.Who is the Pumpkin Elf, and where is he? Freddy Thresher and the rest of his first-grade class follow clues to find a mysterious Halloween elf who comes to their classroom at night and plays tricks on everyone. The teacher says that the Pumpkin Elf will only leave treats if the class behaves. Can Freddy and his friends find the elf, mind their manners, and collect their pumpkin surprises?