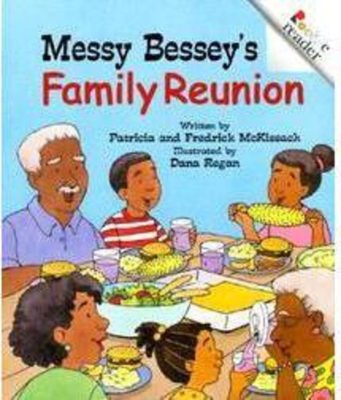 After having fun at their family reunion, Messy Bessey's family cleans up and leaves the park as beautiful as when they arrived.
Dana Regan