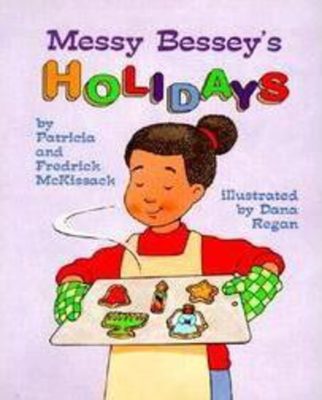 Bessey and her mother bake cookies for Christmas, Kwanzaa, and Hanukkah, and after cleaning up the kitchen, they distribute the treats to their neighbors.
Dana Regan