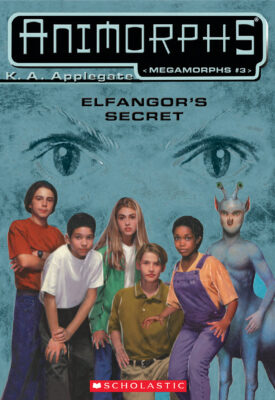 We found out who Visser Four is. And he has found the Time Matrix, the machine Elfangor had hidden in the abandoned construction site. The same place we met him on a night none of us will ever forget. Especially me. Now Visser Four has the Matrix, and he plans to use it to become Visser One.

But Jake, Rachel, Cassie, Marco, Ax and I can't let that happen. We can't let him alter time so that the Yeerks will win the invasion. So we're prepared to make the ultimate sacrifice. Eventually, one of us will lose this fight...