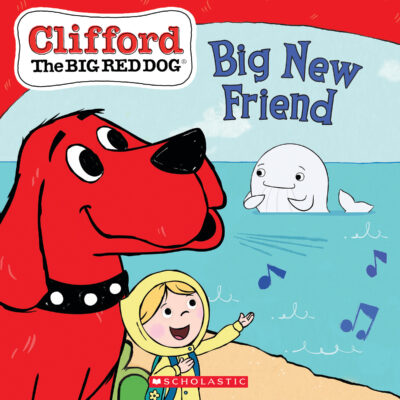 Clifford and Emily Elizabeth are going on an adventure!

The two friends hear a story about a mysterious white whale who lives off the coast of Birdwell Island. Her name is Babette, and she's the same size as Clifford-which makes her the perfect new friend for the big red dog!

Clifford and Emily Elizabeth try everything to get Babette to come out of hiding. Finally, they discover that the whale's favorite thing is music! Will Clifford's song convince Babette to come say hi?

Featuring adorable art from the new TV show and a full page of stickers!