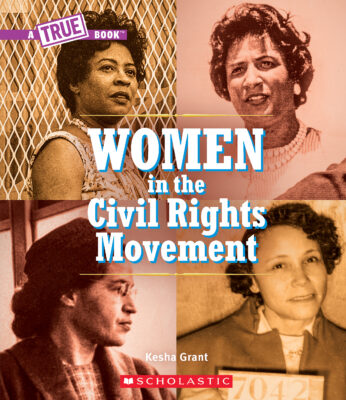 Women and the Civil Rights Movement

Alongside men, they were leaders, planners, organizers, and protesters. They moved the needle toward groundbreaking legislation. They fought for women's rights and for justice for all. As the nation slowly moved toward political equality for people of color, these steadfast activists, alone or in groups, formed the backbone of the movement. This book tells their story.

Women are sometimes called the silent protagonists of history. But since before the founding of our nation until now, women have organized, marched, and inspired. They forced change and created opportunity.

With engaging text, fun facts, photography, infographics, and art, this new set of books examines how individual women of differing races and socioeconomic status took a stand, and how groups of women lived and fought throughout the history of this country. It looks at how they celebrated victories that included the right to vote, the right to serve their country, and the right to equal employment. The aim of this much-needed set of five books is to bring herstory to young readers!
Kesha Grant