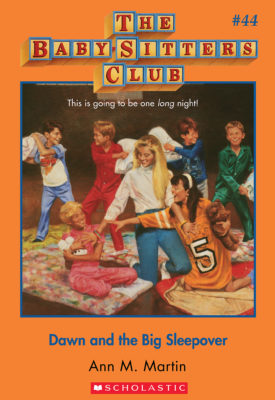 The Baby-Sitters Club #44: Dawn and the Big Sleepover

A bunch of kids at Stoneybrook Elementary have pen pals at a school in New Mexico. The Baby-sitters love hearing the letters that Charlotte, Becca, and the Pike kids get from their new friends.

Then the bad news reaches Stoneybrook: their pen pals' school has been destroyed by a fire. Dawn is so upset that she organizes a fund-raiser for them, and as a reward to all the kids who help out, she's going to throw an enormous sleepover!