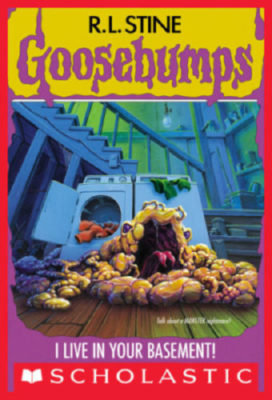 I Live in Your Basement

"Don't do this! Watch out for that!" Marco's mom thinks the whole world is a danger zone. She won't even let Marco play softball.

But Marco just wants to have fun. So he sneaks off to a game. And that's when it happens. He gets hit in the head with a baseball bat.

Now things are getting really fuzzy. Really scary. Because when Marco gets home he gets the strangest call. From someone who says he lives in Marco's basement...