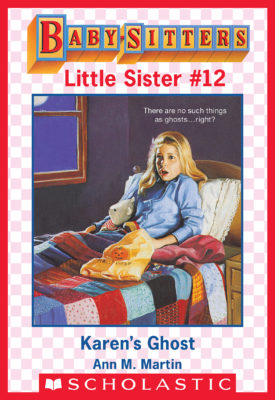 "Haunted Birthday to you!"

Karen thinks there's a ghost in her house! But she's never really seen the ghost of Old Ben Brewer--until now.
Karen and her stepsister Kristy have found out that Ben Brewer and his spooky friends are going to have a birthday party in her attic on Halloween night!

It used to be fun having a ghost around. But now Karen's not so sure!