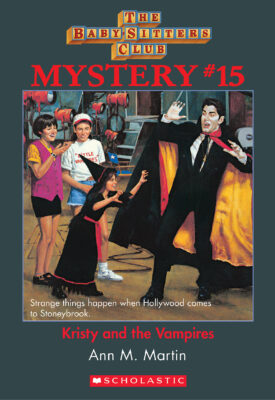 The Baby-Sitters Club Mystery #15: Kristy and the Vampires

When a television movie begins filming in Stoneybrook, Kristy is hired to look after Derek Masters, child actor and friend of the Club, who begins receiving threatening letters demanding he quit the project.