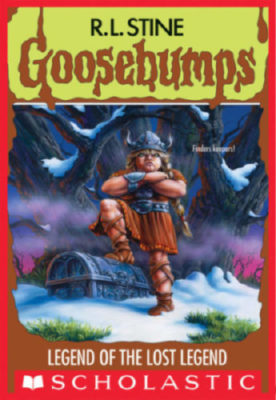 Legend of the Lost Legend

Nobody loves a good story like Justin's dad. He's a famous writer and story collector. That's how Justin and his sister, Marissa, ended up in Brovania. Their dad is searching for an ancient manuscript called "The Lost Legend."

Justin and Marissa want to help. But instead of finding "The Lost Legend," they get lost. And the woods of Brovania are filled with the strangest creatures. Like hundreds of squealing mice. Silver-colored dogs. And terrifying Vikings from long ago..