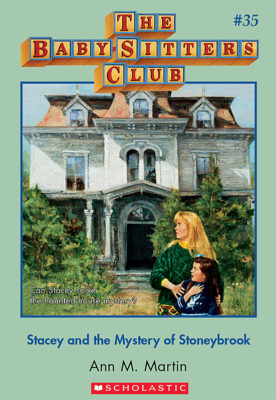 The Baby-Sitters Club #35: Stacey and the Mystery of Stoneybrook

To a New York City girl like Stacey, the fact that an old--supposedly haunted--house in Stoneybrook is being torn down is no big deal. But then her friend Kristy discovers the house was built on a graveyard, and when Stacey sees a horrible face in one of the windows, she wonders if the house really could be haunted!