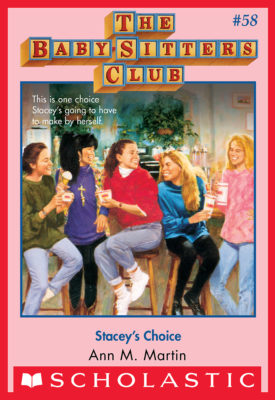 Since Stacey's parents got divorced, it hasn't been easy. Stacey hates being put between them, and she misses her dad sometimes even though she gets to see him often.

And now both of her parents are depending on Stacey. They each need her badly. And she can't be in Stoneybrook and in New York at the same time. How will Stacey choose between her mom and her dad . . . again?