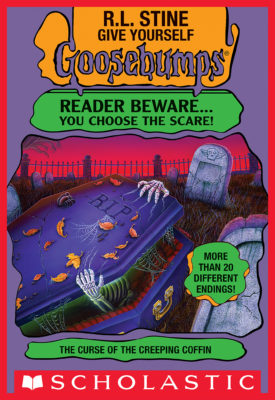 The Curse of the Creeping Coffin (Give Yourself Goosebumps)

You're off to visit your grandmother, whose house backs up to a graveyard. At first the tombstones seem far away. But every day they move a little closer. Then you discover the headstones are disappearing. But the dead aren't gone -- their ghosts are moving. Right into your grandmother's house!