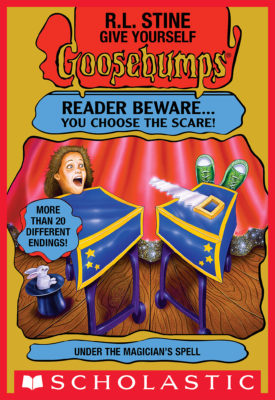 Give Yourself Goosebumps: Under the Magician's Spell

If you read one of the spells, you find yourself in the magician's workshop. Suddenly you are part of a magic act. You are forced onstage, about to be sliced into a million pieces!

If the three bullies from the school grab the book, you must find it before the magician makes your sister disappear...forever!