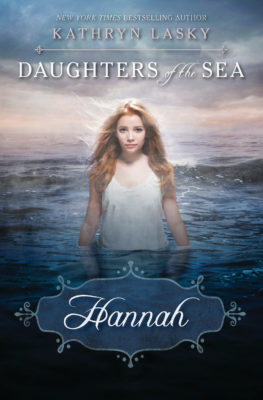 Daughters of the Sea #1: Hannah

Series: Daughters of the Sea

Hannah is not like other girls in the turn-of-the-century Boston orphanage where she grew up. Instead of seasickness, she gets land sickness. She leaves a ring of salt in the tub when she bathes, and sometimes she sees a faint tracing of scales on her feet. It's freakish, horrifying . . . and deeply thrilling.

Hannah feels a change coming. But she is not the only one who senses it. A young painter recognizes something in Hannah--a connection with the sea that recalls a secret from his own past. A choice lies ahead, and Hannah must discover if she is a creature of the land--or of the sea.