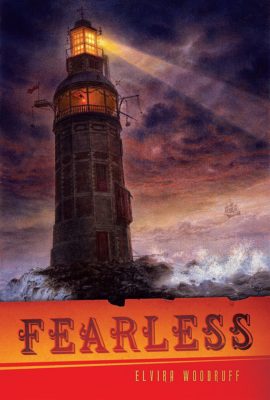 Award-winning author Elvira Woodruff has written a harrowing novel about an eleven-year-old orphan boy on a stormy sea -- and the charming daredevil who befriends him in England in 1695.When a storm brings down his father's boat, Digory Beale is forced to leave home to discover his fate. For if Digory has been orphaned, he can never go home again. On his journey, Digory becomes the apprentice to Henry Winstanly, whose life's obsession is to save sailors' lives. Digory must face his fears of the sea to help Henry bring candles to the lighthouse he's built on a killer reef. But who could have known the force of a monster storm heading their way? In this poignant page-turner, Digory comes to understand the many facets of courage -- and what it means to be a true hero.