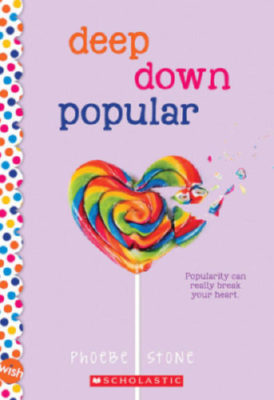 Sixth-grader Jessie Lou is deeply, madly, passionately in love with Conrad Parker Smith. Too bad she's a tomboy with only one on-again, off-again friend, and hair so short you can't spit on it. Too bad he's the most popular boy in their small-town school.

But then Conrad hurts his leg and suddenly can't keep up with his old pursuits anymore. Jessie Lou and Conrad start spending a lot more time together, but she can't help wonder -- is she just a substitute friend? And will Conrad forget her when his leg brace comes off and he's king of the school once again?