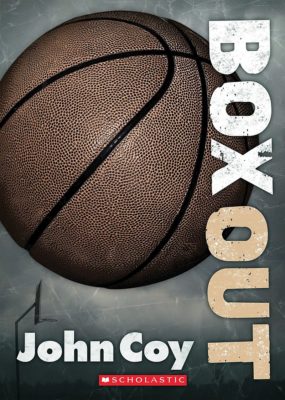 John Coy turns to the high-stakes world of high school basketball in this fast-paced YA novel--now in paperback with new cover art! Sophomore Liam Bergstrom just joined the varsity basketball team. His teammates made varsity because they're good. Liam's here because he's tall and Coach needs a guy who can grab rebounds. It's the chance Liam's been waiting for, but already he's playing catch-up. The other guys know what Coach expects, and they're willing to do things Coach's way, no matter what. So when Liam questions the team's practice of praying together before games, he's suddenly the odd man out. Now Liam has to find the guts to stand up for what he believes in--and take his game to a whole new level.

John Coy is an award-winning author, who worked as a dishwasher, mattress maker, and tour guide before taking up writing. He's active in sports and is a member of the NBA Reading All-Star Team as part of the Read to Achieve program. John has traveled to all fifty states as well as to many countries internationally.

His work includes Strong to the Hoop, an American Library Association Notable Book, Night Driving, a Marion Vannett Ridgway Memorial Award winner and a Horn Book Fanfare title, Two Old Potatoes and Me, a Charlotte Zolotow Honor Book, a Nickelodeon Jr.¹s Best Books of the Year, and a featured book on PBS Reading Rainbow, and Vroomaloom Zoom, a book of excellence on the Children¹s Literature Choice List. His newest picture book Around the World is about international basketball.

John¹s latest title is Crackback, a young adult novel that reveals the high stakes world of high school football as a young player finds himself in a difficult situation. John's experience as a defensive back on his high school football team brings an authentic voice to which readers will be able to relate. "As a boy I loved playing football in the back yard and later in organized games," says John. "Football was the one place where smashing into people was not only okay, it was rewarded."

The idea for the novel came when he wrote Strong to the Hoop. "My editor for Strong to the Hoop said that the language and action convinced her that I had a novel in me and that she would like to see it when I wrote it," John states. "When I was ready to write it, the topic that grabbed me was high school football."

John also wanted to convey his belief that it is impossible to overestimate the degree of identification some teenagers have with sports. "I was such a teenager, and my choices for reading such books were much more limited than the options available today."

John Coy writes and plays sports in Minnesota and wherever else he can join a game.