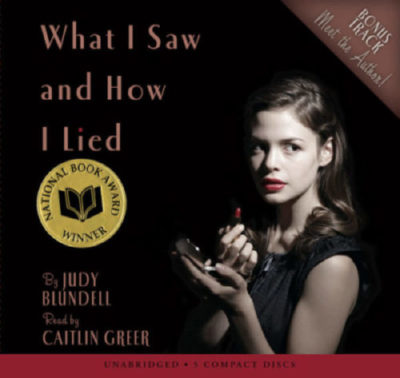 What I Saw And How I Lied

When Evie's father returned home from World War II, the family fell back into its normal life pretty quickly. But Joe Spooner brought more back with him than just good war stories. When movie-star handsome Peter Coleridge, a young ex-GI who served in Joe's company in postwar Austria, shows up, Evie is suddenly caught in a complicated web of lies that she only slowly recognizes. She finds herself falling for Peter, ignoring the secrets that surround him . . . until a tragedy occurs that shatters her family and breaks her life in two.

Judy Blundell's WHAT I SAW AND HOW I LIED is the 2008 winner of the National Book Award for Young People's Literature. As Jude Watson, she is the author of several titles in the New York Times bestselling 39 Clues series as well as the bestselling Star Wars: Last of the Jedi and Jedi Quest series. She lives in Katonah, New York.