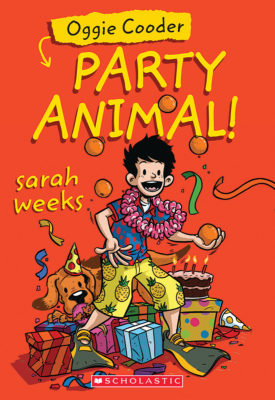 It's the party of the year!

Oggie Cooder's charving has already taken him to the top of the world. (Charving, if you didn't know, involves chewing and carving pieces of cheese.) But there's one place Oggie has never been allowed to go:

This year might be different. Donnica's mother has made her invite Oggie to a pool party. And Oggie couldn't be more excited. Not only will he finally make it into the pool, but there's also going to be mini hot dogs and a juggling bear.

The only problem? Donnica does not want Oggie at her party. And she'll do anything to stop him from coming!