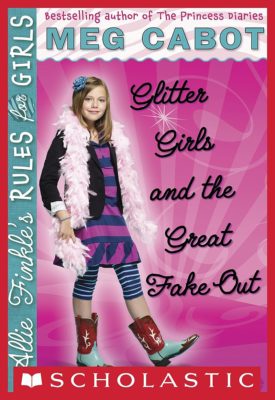 Allie Finkle's Rules for Girls Book 5: Glitter Girls and the Great Fake Out

Allie's back with a brand-new set of rules!Allie plans on having the best weekend ever when she finds out Erica's sister Missy is in the regional Twirltacular baton competition-until Allie's mom announces that she has to go to Brittany Hauser's birthday party instead. But Allie doesn't even like Brittany Hauser, nor does she want to go to a party with Brittany and all her snobby friends.But when Allie finds out Brittany's party includes taking a stretch limo to Glitterati, the store of the girls' dreams, and spending the night at a deluxe hotel suite, she decides maybe Brittany's not so bad after all.