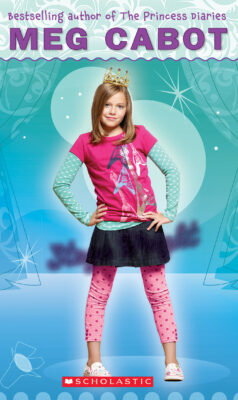 Meg Cabot's youngest star is headed for the stage. . .at her school. For parent's night. But still, it's a starring role!The fourth grade puts on a play written by Mrs. Hunter! Allie is sure she will walk away with the most coveted role--that of the princess, naturally-but one of her friends gets the part! What Allie doesn't realize is that the part she does get--that of the evil queen--is actually a better (and bigger) role. But Allie isn't content with just starring in the play. She goes full-on method and borrows some false eyelashes to wear for the play, which (what else is new?) causes a great deal of excited controversy. Allie learns it's not the size of the part, it's the size of the heart that matters.