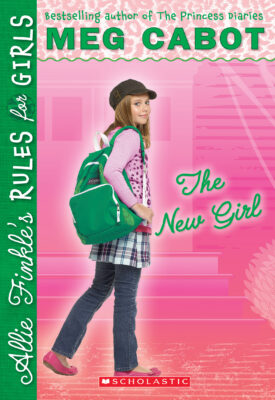 There's a whole new set of rules to learn when you're the new girl!When you are starting at a brand-new school, you have to wear something good.Allie Finkle's starting her first day of school at Pine Heights Elementary! Plus, she's getting a new kitten, the first pick of show cat Lady Serena Archibald's litter! But being the New Girl is turning out to be scary, too, especially since one of the girls in Allie's new class -- Rosemary -- doesn't like her. In fact, Rosemary says she's going to beat Allie up after school.