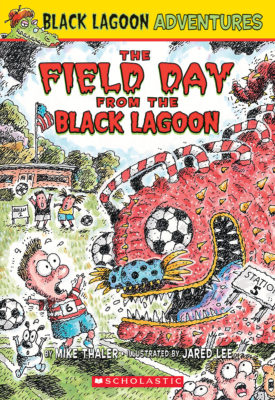 The Field Day is one week away, and everyone has to go. But Hubie would rather go home! Crazy Coach Kong is making up all the events, like leaping over lions, hopping over hippos, skipping through snakes, and tiptoeing around tigers. Will it be a field day or dreams or a field day of screams?
Jared Lee