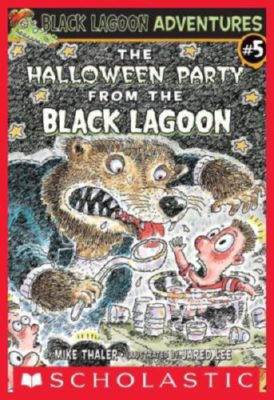 The Halloween Party From The Black Lagoon

Hubie is about to scream. He doesn't have a costume for the scariest Halloween costume party ever. Too bad he can't just go as the invisible man and stay at home. Plus, there's going to be a ton of monsters at the party. He better find a costume quick or become a tasty treat for all those cruel ghouls!
Jared Lee