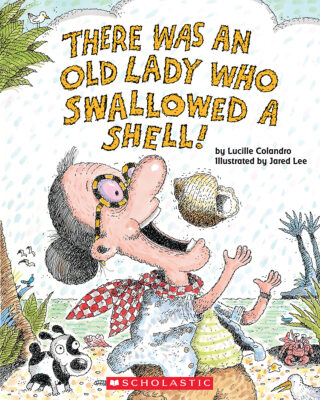 There Was An Old Lady Who Swallowed A Shell!

"There was an old lady who swallowed a shell.
I don't know why she swallowed the shell.
She didn't tell."

You won't believe why this old lady swallows a shell, a crab, a fish, a gull, a pail, some sand, and a wave! But watch out when she burps, with hilarious results!

With rollicking, rhyming text and funny illustrations, this lively version of a classic song will appeal to young readers with every turn of the page. And, there's a surprise ending!
Lucille Colandro

Lucille Colandro has written many books for children, including the bestselling There Was an Old Lady series illustrated by Jared Lee.