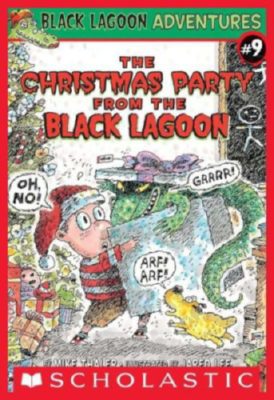 The Christmas Party from the Black Lagoon

At the class Christmas party, everyone has to exchange gifts. Doesn't sound too bad, right? Well Hubie has to get one for a girl! And he hasn't even saved up three dollars. What is he going to do? Time is ticking away. And remember, if you mess up, Santa Claws is coming to town--for you!
Jared Lee