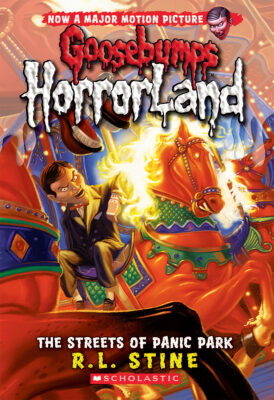 Luke and Lizzie thin they'll be safe in Panic Park. But they're wrong. Because Panic Park is home to The Menace, a two-faced villain with a twisted plan to trap them forever.

They learn they've been sharing secrets with a traitor, who's been tricking them all along! To beat The Menace and his rotten crew, Luke and Lizzie must team up with an old foe. But will they be double-crossed again?