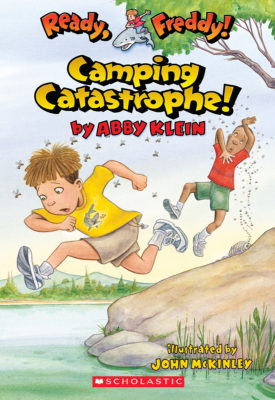 Max, the biggest bully in first grade, just can't believe that Freddy Thresher and his best friend, Robbie, are going on a camping trip this weekend. Worse yet, Freddy's sister, Suzie, has bet him a full week's worth of chores that he'll be too much of a scaredy-cat to spend the whole night in the wild! And, even though Freddy is a little bit worried, he sure isn't going to let Suzie win a bet that involves cleaning the basement!