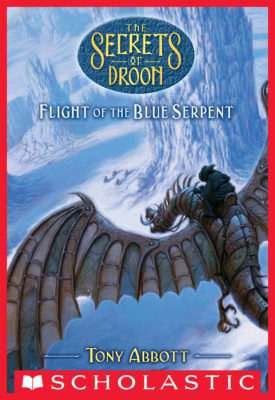 Flight of the Blue Serpent (The Secrets of Droon #33)

Eric and his friends are on a mission! They must uncover the meaning of the treasure of the Orkins: A silver snowflake that cannot melt. Together, the kids travel to the ice fields of northern Droon. But the journey is long and dangerous. The kids' enemies are on their trail, and they'll stop at nothing to get the treasure. . . .