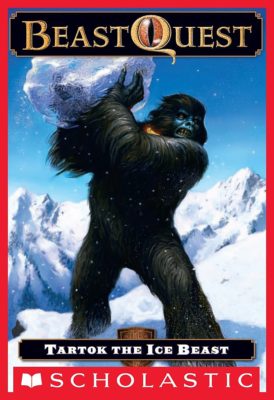 Even the most remote parts of the kingdom have not been spread from Malvel's wrath. The great ice flats have been thrown into chaos. Most of the people have fled, fearing for their lives. The dangerous weather changes and mysterious midnight attacks have driven most of them away. But if Tom and Elenna cannot stop the Ice Beast, the effects will be felt far beyond the frozen North.

As they strive to find a way to free Arcta from the evil enslavement to the dark wizard Malvel, Tom learns more about his mysterious father--and his own destiny as well.
Adam Blade