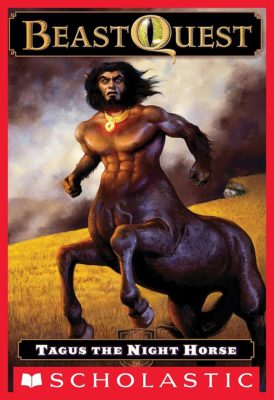 A mysterious force has been creeping over the plains of Avantia. The animals are stampeding, and brush fires sweep the prairie. The farmers are spooked--whispers of a mysterious horseman are spreading as fast as the stampedes. And now that someone has disappeared on a cattle drive, suspicion runs high.

Tom and Elenna speed to the plains to stop Tagus the Night Mare before he can do any more damage. But Tom ends up in the wrong place at the wrong time and is mistakenly thrown in jail. Can he win the trust of the people--and his own freedom--before it's too late to stop Tagus?
Adam Blade