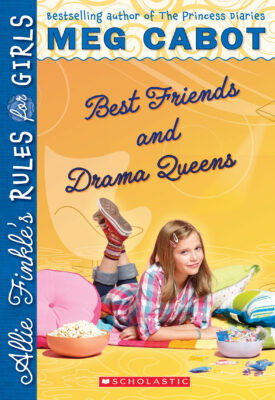 Allie Finkle is excited when a new girl, who comes all the way from Canada, joins her class at Pine Heights Elementary. Now Allie won't be the new girl anymore!

But her excitement turns to dismay when the new girl, Cheyenne, starts telling everyone in the fourth grade what to do! Soon Cheyenne has everyone, including Allie's best friends, Caroline, Sophie, and Erica, believing that if they don't do what she says, they'll be what Cheyenne accuses them of being - babies!