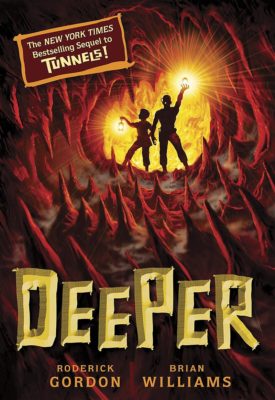 Now in paperback, the New York Times Bestselling sequel to TUNNELS, with bonus materials and a sneak peek at the third book in the series!In TUNNELS, boy archaeologist Will Burrows went in search of his missing father--and discovered a sinister subterranean world. Now, wandering the dark, hot bowels beneath the Colony with his best friend, Chester, and his brother, Cal, Will stumbles across the Styx's dastardly plan to enslave all Topsoilers by poisoning them with a lethal toxin. Slowly he begins to piece together the plot. But how can Will save all those above from annihilation when his own life is at risk down below--and when his killer sister is still at large?
Roderick Gordon