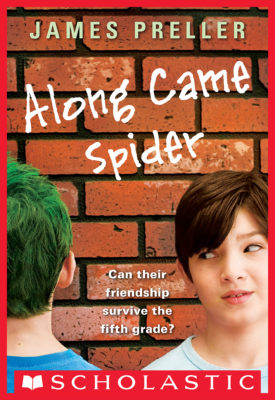 Spider Stevens and Trey Cooper have lived next door to each other their entire lives. Their houses are on the odd-numbered side of Maple Street, which seems just about right.

Because, well, Trey Cooper is a little odd himself.

It didn't matter when they were little kids -- you know, way back in second grade. And it doesn't matter so much when they're at home on Maple Street. That's just Trey being Trey.

But it matters in the fifth grade.

The whole class thinks Trey is weird. Does that mean Spider has to turn his back on his oldest friend?

James Preller is the author of many books for young children, including the popular JIGSAW JONES series and his middle-grade novels, ALONG CAME SPIDER and JUSTIN FISHER DECLARES WAR! He lives in Delmar, New York, with his wife, Lisa; three children -- Nicholas, Maggie, and Gavin; two cats; and a goldendoodle named Daisy.