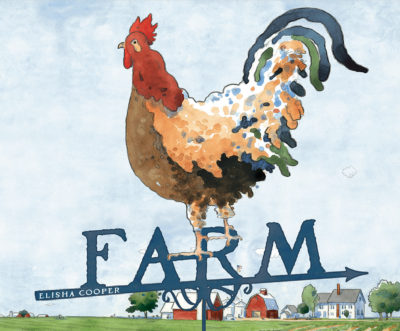 Society of Illustrators 2006 Gold Medal recipient, Elisha Cooper, captures the smell, taste, and feel of the changing seasons on a farm.
There is so much to look at and learn about on a farm - animals, tractors, crops, and barns. And children feeding animals for morning chores! With lyrical writing and beautiful illustrations that capture the rhythms of the changing seasons, Elisha Cooper brings the farm to life.
Elisha Cooper