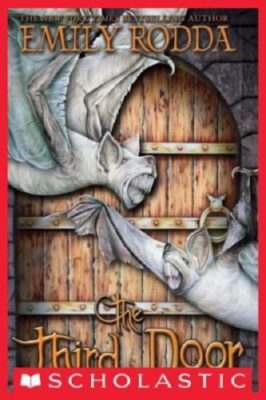 Three magic Doors are the only way in and out of the walled city of Weld. The golden Door is grand and majestic -- a Door for heroes. The silver Door hints at mystery and knowledge -- a door for schemers. But the plain wooden Door has always held the most appeal for Rye and his friend Sonia. And now, at last, they have the chance to open it.

Now there's just one Door left -- one last chance to save the people of Weld. Rye and Sonia know everything depends on them. But nothing can prepare them for the horror that waits behind the wooden Door.