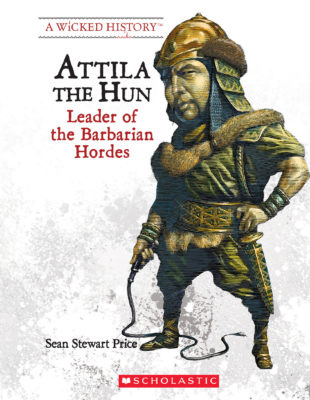 The wicked ways of some of the most ruthless rulers to walk the earth are revealed in these thrilling biographies (A Wicked History) about men and women so monstrous, they make Frankenstein look like a sweetheart.

One leader, Attila, united the Huns and brought the mighty Roman Empire to the brink of collapse.
Sean Stewart Price

Sean Stewart Price has written more than 50 books for children and teenagers, and his biography "Front Page Lives: Benazir Bhutto" garnered a starred review from Booklist. He has edited nine books for teachers and contributed to numerous text books and reference works. A former managing editor of "Junior Scholastic" magazine in New York, Price has written articles for publications such as "National Geographic Kids" and "The New York Times Upfront." He lives with his family in Alabama.